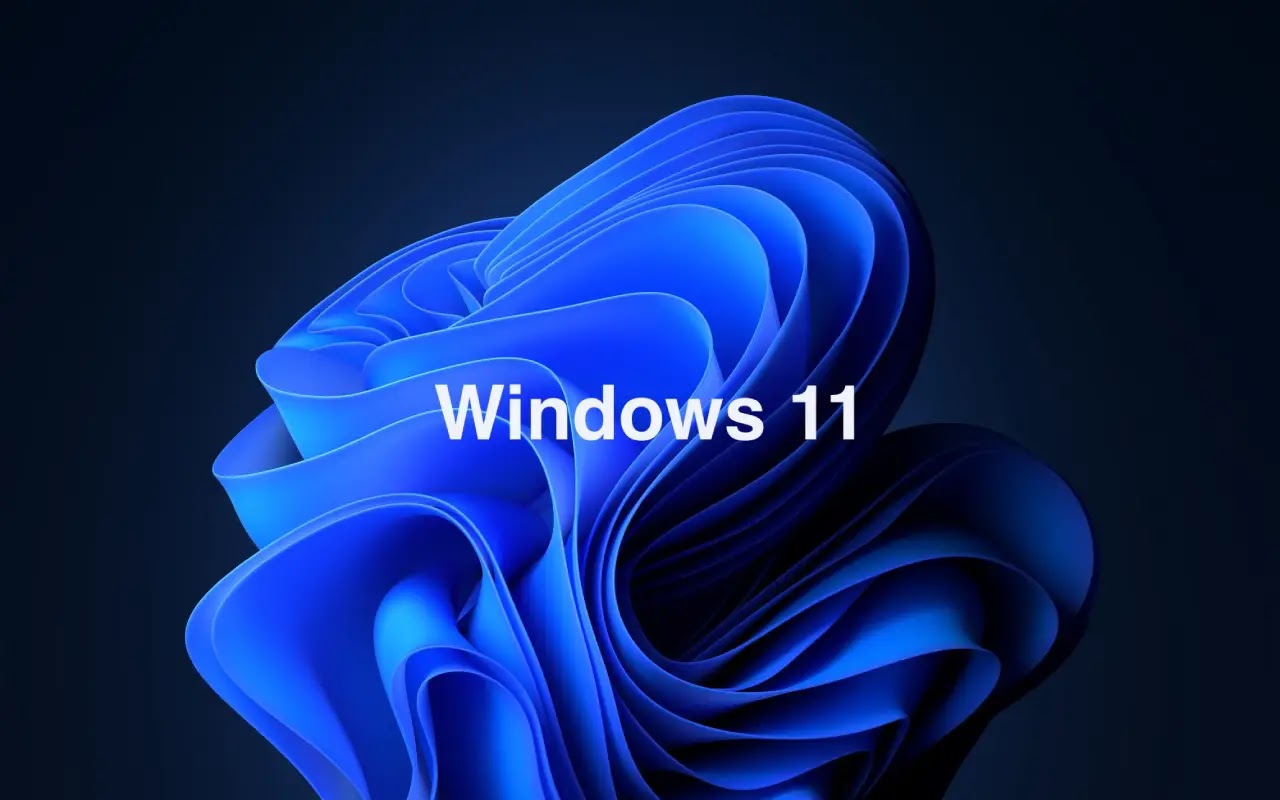 Microsoft Windows 11 is now official. Windows 11 will be available as a free upgrade to Windows 10 users later this year. The update, which is being called the “next generation” of Windows, comes with a massive redesign over its predecessor, starting from an all-new boot screen and startup sound to a centrally-placed Start menu and upgraded widgets. Microsoft Windows 11 also removes elements including the annoying “Hi Cortana” welcome screen and Live Tiles.

One of the most notable changes, which we already saw in a recently leaked ISO, that Windows 11 brings to the users currently running Windows 10 is the new interface. It starts with a fresh setup screen and continues to give a fresh look and feel across all core Windows elements. There are rounded corners on menus and windows that look similar to the recent Apple iPadOS release. You'll also see the Start menu at the centre that is aimed at providing a modern experience. 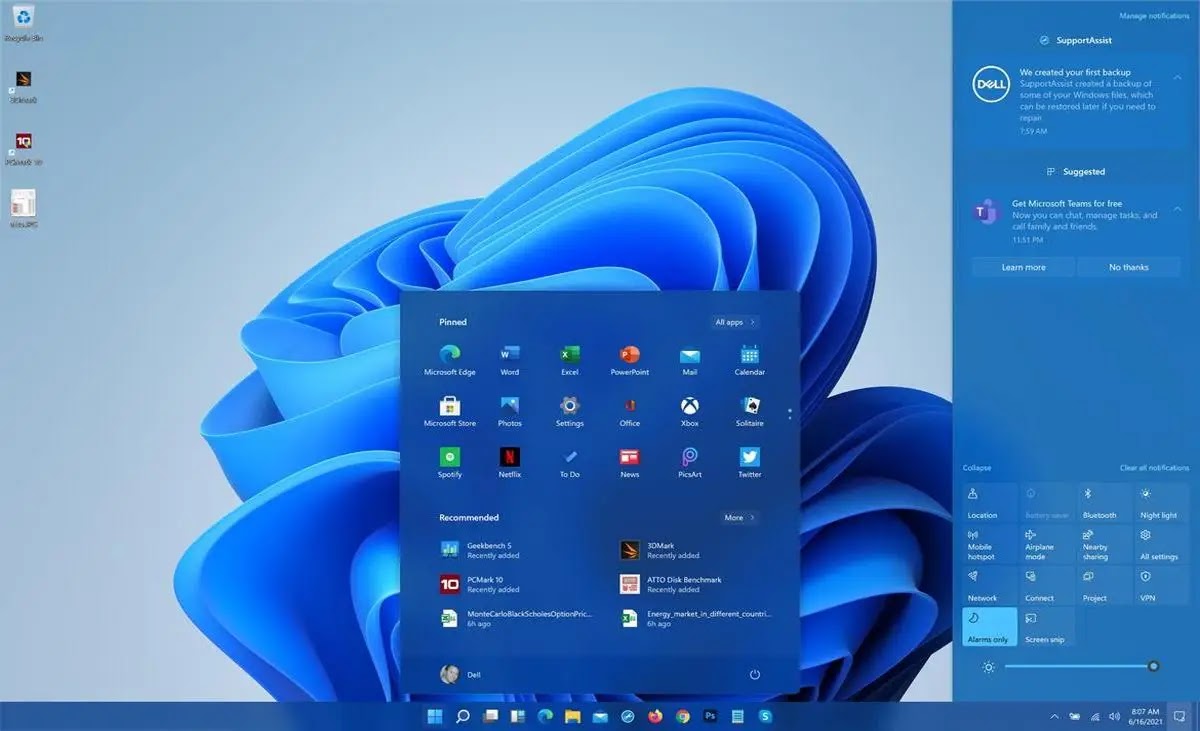 The updated Start menu also doesn't include any Live Tiles that were a part of the menu in Windows 10. But to personalise the experience, you will see some recommended apps at the bottom. There is also a dedicated search button next to the Start menu to let users search across apps and preloaded functions on the latest Windows platform.

Windows 11 also comes with new sounds and alerts, including the fresh startup sound. There are subtle changes in terms of gestures as well. Additionally, you'll get new themes, some new wallpapers, and an improved dark mode. Windows 11 also includes an updated widgets experience. Widgets can bring on front by swiping from the left of the screen or can be placed full screen. You're provided with the options to rearrange widgets or resize them — as per your preference. You can also add or remove your widgets that can help you receive the latest news or weather updates.

For an enhanced multitasking experience, the maximize button now lets you split the active screens between multiple areas of the desktop. Microsoft calls this new experience Snap Layouts. These layouts let you simultaneously open multiple different screens on your computer just by hovering your mouse over the maximize button. Once accessed, Windows 11 also remembers your selected Snap Layout for multiple windows and keep them ready along with the apps you were working on there for future access directly from the taskbar. Groups created by Snap Layouts that can be used for future access are called Snap Groups. 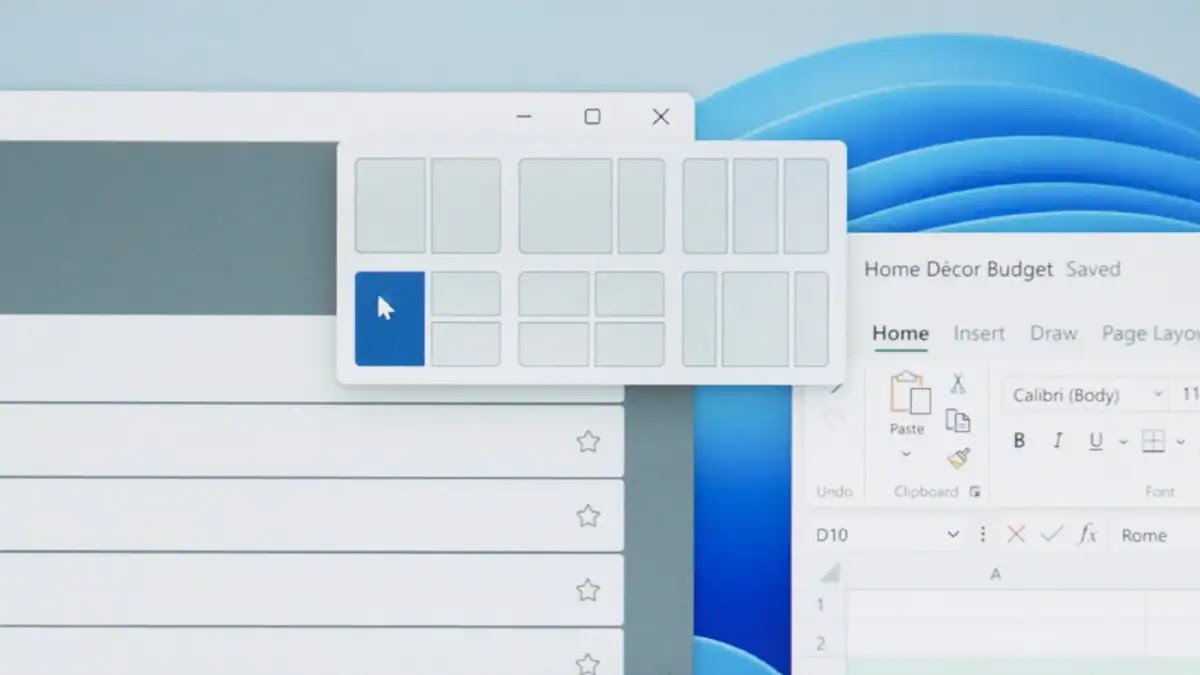 Further, Microsoft is improving support for multiple monitors and making it easier for users to work on virtual desktops. You can also use custom wallpapers for each of your virtual desktop on Windows 11 for even easy access.

Windows 11 also comes with an improved touch keyboard that includes GIFs integration from Tenor. There are also preloaded virtual keyboards that can be placed anywhere on the screen. Users can additionally use voice dictation support throughout the system. There are also options such as voice typing and voice commands to ease your typing. Further, there are several interface-level tweaks to enable an improved touch experience.

Microsoft faced challenges in convincing manufacturers as well as consumers to use Windows 10 on tablets for a complete touchscreen experience. Those challenges are overcome by bringing new touch targets and a number of underlying improvements that are a part of Windows 11. Resizing on a touchscreen has also been refined. The new operating system also includes gesture writing support, which has become quite common on mobile devices. Haptic feedback has additionally been added when using a stylus pen.

The new multitasking and touch improvements are something that Microsoft initially tried to provide through Windows 10X. However, since that dual screen devices-focussed operating system was never officially launched for the public, the company is now trying to put all of that — and more — in Windows 11.

Windows 11 also improves the experience for people using multiple monitors. Microsoft has also integrated its collaboration platform Teams within Windows 11 and added a universal mute and unmute functionality to help people make virtual calls with ease. Similarly, there is a Desktop Share feature to let users share their windows with people connected over a virtual meeting. 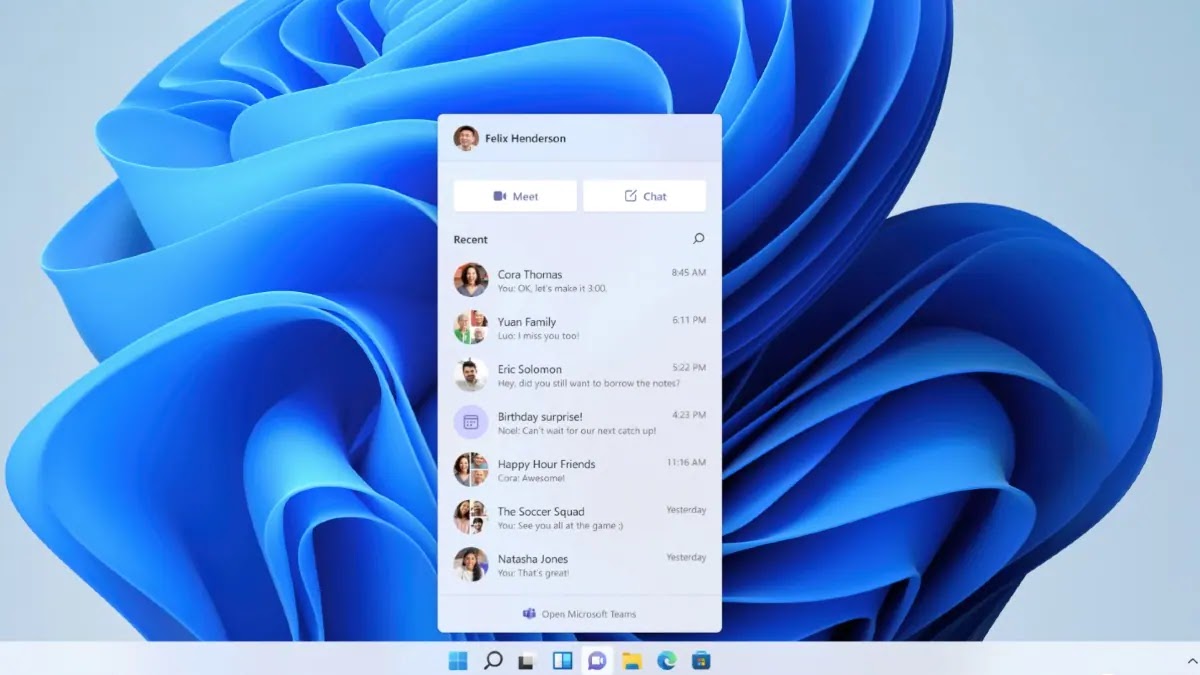 Microsoft has also enhanced performance for Chromium-based browsers. Further, there are specific enhancements for Microsoft Edge, including improved support for accessing multiple tabs and for machines with limited resources. The Edge browser on Windows 11 also comes with vertical tab support.

Alongside productivity-focussed improvements, Windows 11 has a handful of significant changes for PC gamers. These include support for Auto HDR and DirectX 12 Ultimate. Windows 11 also includes an xCloud integration to enable cloud gaming. Further, there is Xbox Game Pass access for gamers playing a list of popular games on their machines.

Microsoft has also improved its preloaded app store — Microsoft Store — on Windows 11 with new search capabilities and an improved design to give app makers a better reach. The company has additionally introduced a new economic approach, called zero-revenue share, in which it will allow developers to provide their apps through Microsoft Store without taking any commission. This particular change will come into place from July 28 and will allow developers to use either their own a third party commerce platform in their apps and keep 100 percent of their revenue. 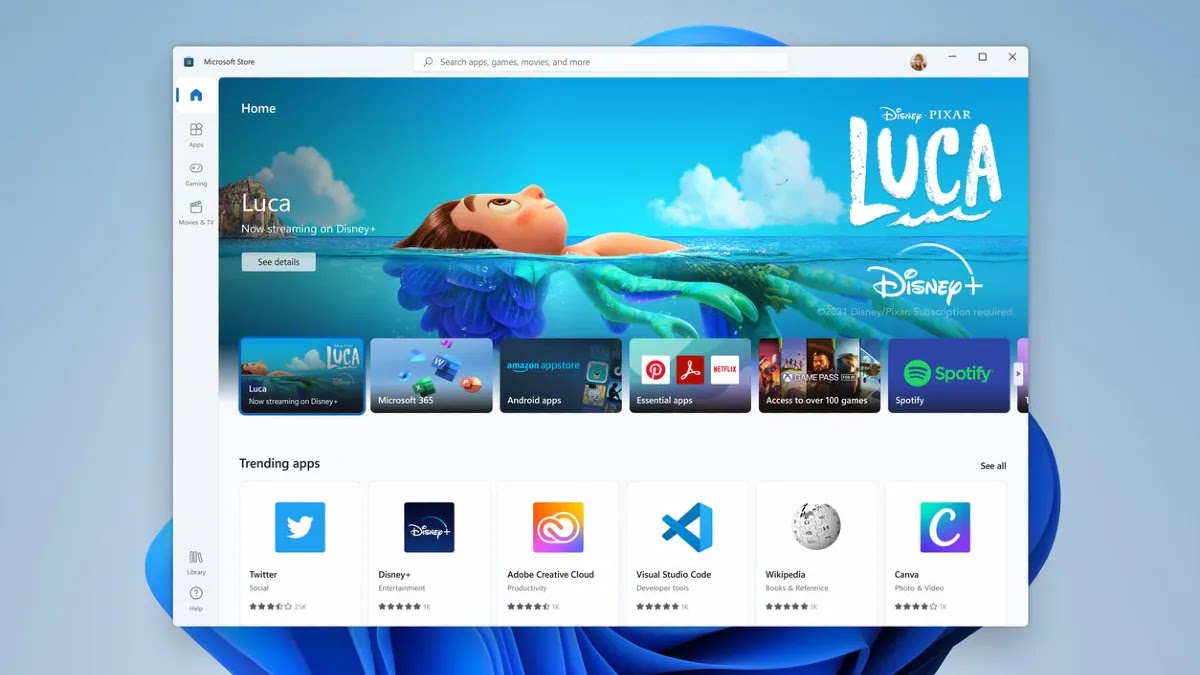 In addition to provide better reach and introduce new economics for developers, Microsoft Store has a revamped Entertainment tab to serve you with the latest media content — starting from movies and TV shows — across all major streaming services. You can also wirelessly cast the content you have on your Windows 11 device to your smart TV.

Microsoft Store has also integrated the Amazon Appstore to let Windows 11 users get Android apps directly on their computers. Further, Windows developers have been provided with the ability to have their apps available through the Microsoft Store no matter whether they are Win32, .NET, UWP, Xamarin, Electron, React Native, Java, or Progressive Web Apps. Microsoft also announced that Adobe Creative Cloud, Disney+, TikTok, Zoom, and some of its native apps such as Microsoft Teams, Visual Studio, and even Notepad and Paint will be coming to the Microsoft Store on Windows.

Windows 11 has also included various behind-the-scenes updates to deliver overall a faster experience. Microsoft claimed that the new operating system will receive 40 percent smaller Windows updates and those will run in the background to provide a seamless experience to users at the front end. The new version is also touted to deliver better battery life on mobile devices.

Finally, Microsoft has released a fresh teaser that hints at a new touch experience that would be a part of the next-generation Windows release. Microsoft's Windows account on Twitter has posted the teaser for Windows 11. It carries a 10-second video that suggests the new touch experience as well as some new sound effects on the new Windows version.

Will Windows 11 be free?
Windows 11 will initially be available for testing purposes to Windows Insider members starting next week. It will also be available as a free upgrade to Windows 10 users later this year and come pre-installed on new PCs. Microsoft has also released the PC Health Check app for people to check if their Windows 10 PC is upgradable.

Windows 11 minimum hardware requirements
Microsoft said that it has worked with all major silicon partners, including AMD, Intel, and Qualcomm. However, Windows 11 will not be as lightweight as Windows 10 when it comes to minimum hardware requirements as it will require at least 64-bit x86 or ARM processor, along with 4GB of RAM and 64GB of storage. Windows 10, in contrast, required at least 1GB RAM and 16GB storage.