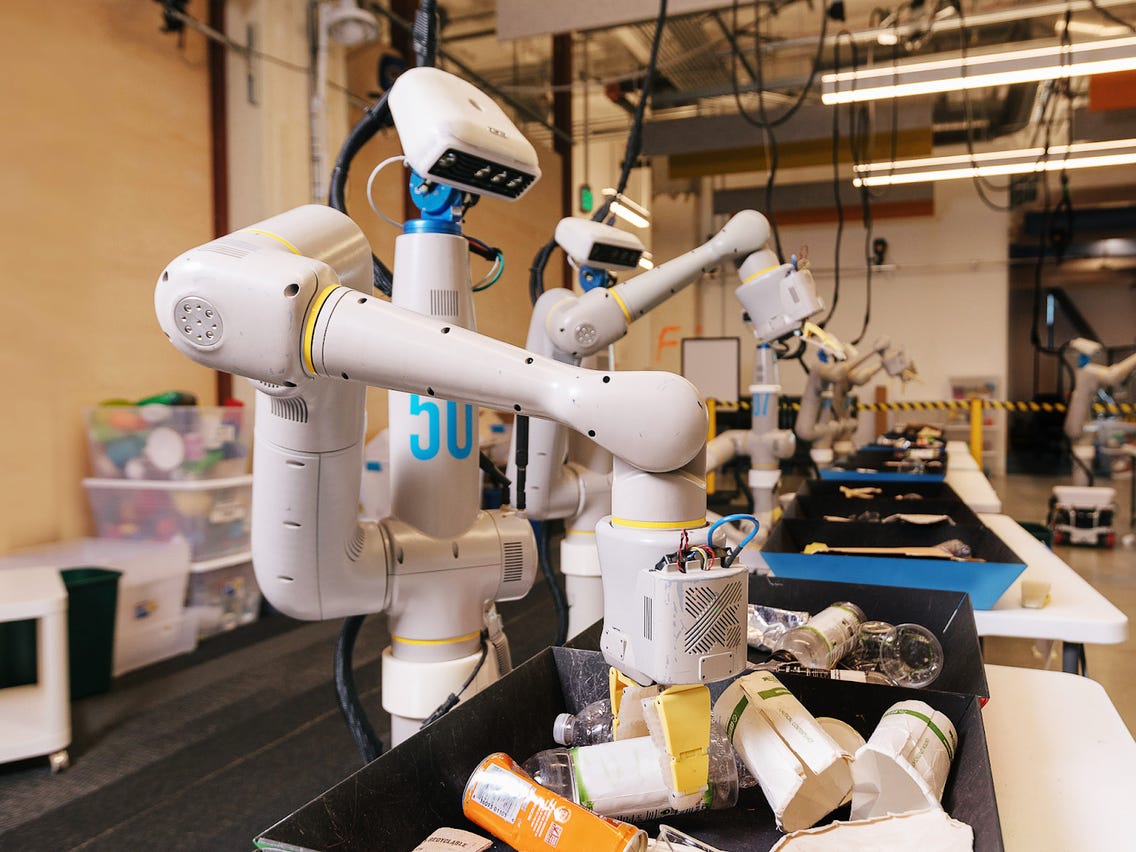 The company announced today that its Everyday Robots Project — a group within its experimental X labs tasked with developing "a general-purpose learning robot" — has moved some of its prototype machines out of the lab and into Google's Bay Area campuses to perform some light custodial duties.

In a blog post, Everyday Robot's chief robot officer Hans Peter Brndmo said, "We are now operating a fleet of more than 100 robot prototypes that are autonomously performing a range of useful tasks around our offices." "The same robot that sorts trash can now be equipped with a squeegee to wipe tables and can learn to open doors using the same gripper that grasps cups."

These robots are basically wheels with a multipurpose gripper on the end of a flexible arm attached to a central tower. On top of the tower is a "head" with cameras and sensors for machine vision, as well as what appears to be a spinning lidar unit on the side for navigation.

When Alphabet debuted the Everyday Robot team in 2019, these bots were first seen sorting recycling, as Brndmo points out. The company (along with many other startups and competitors) is betting that machine learning will finally allow robots to operate in "unstructured" environments like homes and offices.

We're pretty good at building machines that can do repetitive tasks in a factory right now, but we're stumped when it comes to simple tasks like cleaning the kitchen or folding laundry.