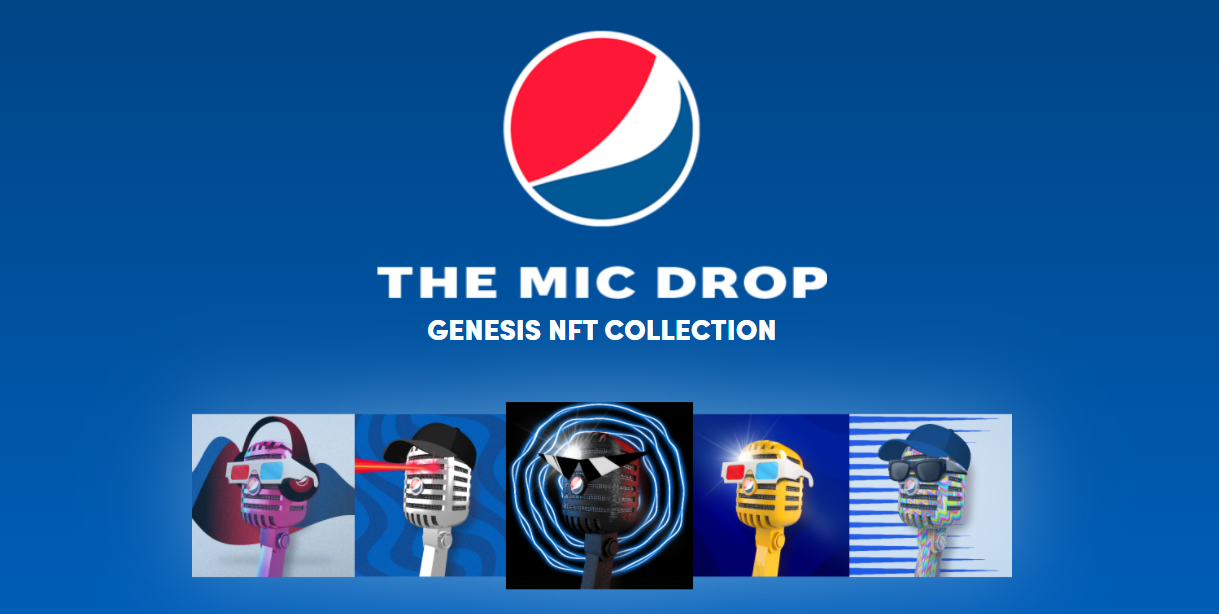 To commemorate the company's founding year of 1893, Pepsi has chosen a series of one-of-a-kind non-fungible tokens (NFTs). The company's NFT series, dubbed "Pepsi Mic Drop," will feature 1,893 pieces of a microphone visual inspired by Pepsi flavors such as Classic Blue Pepsi, Silver Diet Pepsi, and Red Pepsi Wild Cherry, among others. An algorithm will generate each of these Ethereum-based NFTs at random, adding to their uniqueness and quotient. NFTs are blockchain-based digital collectibles that are inspired by real-world elements.

Pepsi has asked interested people to register on its now-functional waitlist portal and have their credentials verified in order to generate buzz around the launch of its NFT series. People will be able to mint one "Mic Drop" NFT after passing the verification process.

While minting these NFTs is free, the minter will be responsible for the gas fee associated with the Ethereum transaction. Because each transaction on the Ethereum blockchain necessitates the use of computational resources, a transaction fee, also known as the "gas fee," is required. Prices are expressed in "gwei," with one gwei equaling 0.000000001 Ether.

For this NFT minting, interested parties will also need to set up crypto wallets.

Pepsi laid out the details of the launch by tweeting glimpses of these swanky NFT pieces.

Several brands have jumped on the NFT bandwagon in order to keep up with the rapidly evolving crypto-generation, offering fans and followers the chance to own limited edition digital collectibles on blockchain.
Pepsi's main competitor Coca-Cola had previously launched a four-piece NFT collection to commemorate International Friendship Day. Coca-Cola claimed that the auction of those pieces brought in more than $575,000.