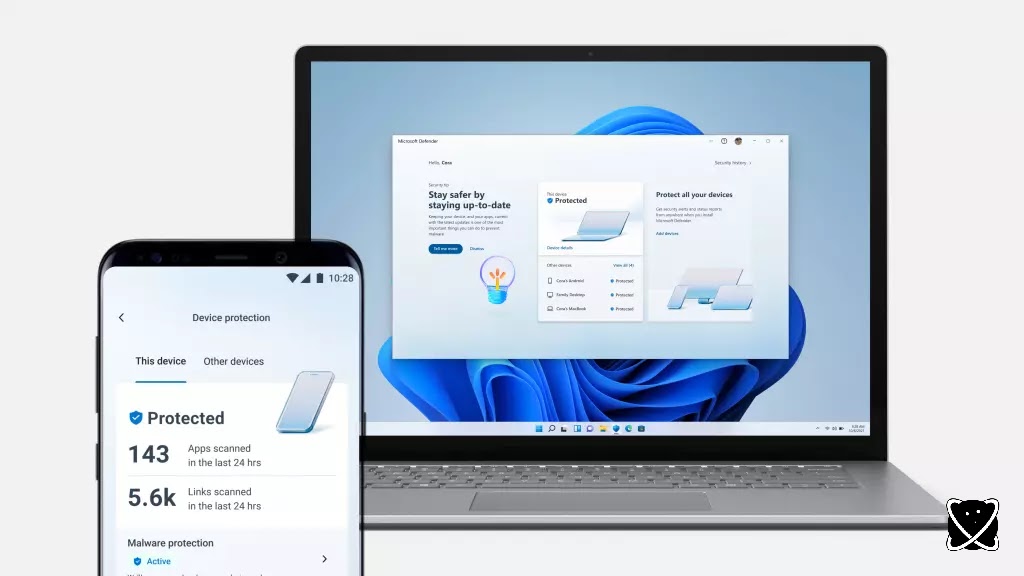 Microsoft announced on Thursday that the new Microsoft Defender app is now available for Microsoft 365 subscribers. Users with Microsoft 365 Personal or Family subscriptions can now access the online security app on their Windows, macOS and Android, iOS devices. The Defender app serves as a centralized hub for managing and monitoring your security status across all of your computers and mobile devices. It will protect data and devices from malicious online threats, according to the company, and it will also recognize third-party antivirus solutions from Norton, MacAfee, and other companies. According to Microsoft, users of the Defender app will receive instant security alerts and tips to ensure the security of their devices.
Microsoft Defender provides antivirus and anti-phishing protection for your data and devices, according to the company's forum. Once installed, you can use the centralized dashboard to manage security protections for you and all of your family's devices. This hub will also display antivirus protection from third-party vendors such as Norton, McAfee, and others. Furthermore, the new Defender app, which is cross-platform, provides security alerts and tips across multiple devices. For the time being, this feature is only available on Windows and macOS devices. In the near future, the company plans to add features to the framework such as identity theft protection and a secure online connection.
As previously stated, Microsoft Defender is free, but the Microsoft Defender app requires a Microsoft 365 subscription. Users can also take advantage of a 30-day free trial offered by Microsoft. It can be downloaded from the Microsoft Store, the App Store, and Google Play.